Have you heard about Thingvellir National Park before?

It is located on the very famous Golden Circle Route. It is one of the most visited attractions of Iceland as the place has both geological and historical significance with its fascinating landscape.

Let’s know more about this national park in details:

Thingvellir has a significant place in the minds of the Icelandic people, as it has great historical importance for the country. The Icelandic parliament called (Althing) had been assembled for the very first time in a valley at the Thingvellir park, which happens to be the same place where the present tectonic plates are situated. 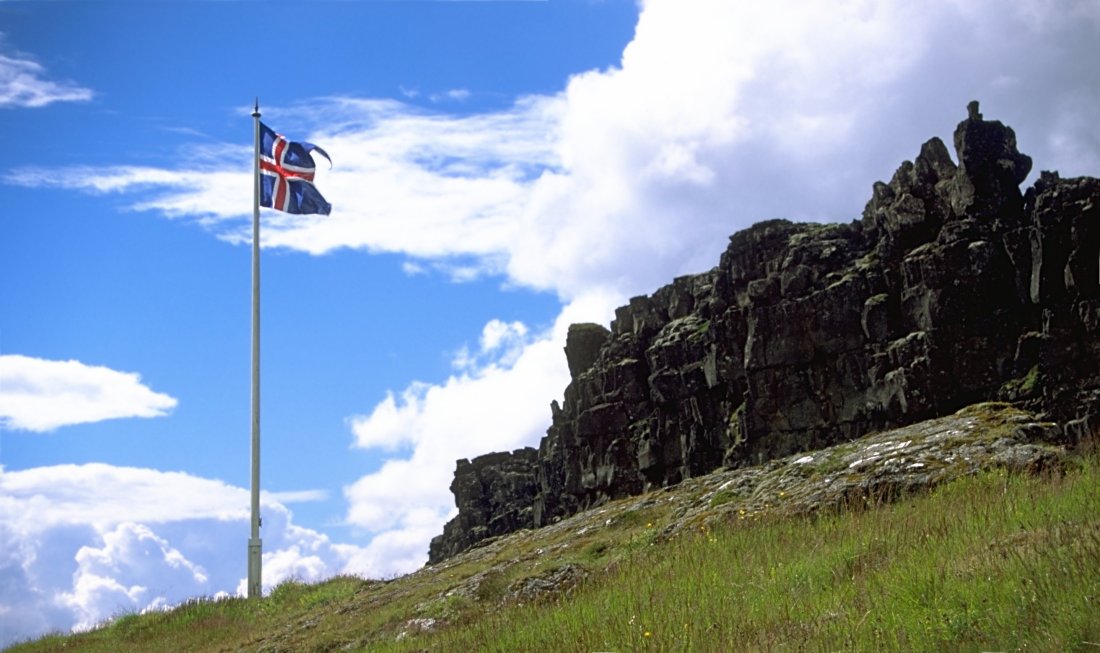 A place called Lögberg was the center point of the Althing where the speeches and discussions were held. At that time, more than five thousand people come together at this place to take part in the annual assembly, which would last for two weeks. In this assembly, major announcements were made about the concern of the country. Also, a new calendar was published and legal rules were made for the entire country. People were allowed to raise their issues in front of the assembly to get their dispute solved.

2. Social Significance
According to the statistics, around 4000 people were gathered in the Althing for two weeks not only for legal purposes but also for some social activities. In the old law book Grágás, food and drink stalls were mentioned, and in numerous Icelandic old books, reference is made to larger brewers and food merchants. Dealers, sword-sharpeners, and leather experts would sell their products and services, artists performed and lager producer prepared beverages for the gathering visitors.

3. Campaign for Independence
Þingvellir represented as a symbol for the national solidarity in Iceland’s history towards freedom in the nineteenth and twentieth hundreds of years. The last Althing was held at Þingvellir in the mid-year of 1798.

At the point when the European revolution for freedom came to Iceland toward the start of the nineteenth century, the historical tales and the places of Þingvellir were revived. Þingvellir then played a significant role in the public arena as an image of unity.

The independence campaign spread the discussion of the new area for the Alþing. There were contrasts of opinions with respect to where the new Althing ought to be found, yet Þingvellir was proposed right away.

In 1848, the first Þingvellir meeting was held, attended by 19 delegates who made an appeal to the ruler mentioning that he give Icelanders the same rights that are given to Denmark.

4. Celebrations
In 1874, a national celebration was held at Þingvellir to commend 1000 years of the settlement in Iceland. On this event, King Kristian IX gave Icelanders their first constitution, as indicated by which the Alþing was conceded restricted administrative and money related forces. Numerous Icelanders went to Þingvellir to observe an occasion that denoted a watershed in their battle for autonomy.

In the mid-year of 1930, a vast celebration was held at Þingvellir to commend the Millennium of the Alþing itself. The Alþing celebration was the principal general festival of Icelanders where a considerable extent of the country was available, around 30-40,000 individuals.

Read another blog: 5 places to travel in Iceland

It is situated on the mainstream course known as The Golden Circle, which highlights other vacation spots, for example, Gullfoss cascade and Geysir Geothermal.
This is among one of the two places where the two tectonic plates (American plate and Eurasian plate) can be seen above the earth’s surface, which are drifting apart by 2cm every year. The Silfra fissure is the place where snorkeling and rafting activities are being done.

The Thingvellir National Park is the most visited places in Iceland because of its historical and cultural values. And it is totally worth going and exploring the insides once in the lifetime.

Discover Iceland is a family-run tour operator which guarantees an amazing adventurous journey around the breathtaking spots of Iceland in the modified luxury 4x4 Off-Road Trucks. We offer a wide range of multi-day tours package to let you discover the unseen beauty of Iceland. Discover Ltd is a registered tour operator by the Icelandic Tourist Board which ensures a memorable trip experience for the lifetime. View all posts by discovericelandis

One thought on “Thingvellir National Park: A World Heritage Site”